Cupping is an ancient modality used in China, and many other countries, for thousands of years for poor energy flow, tight muscles, and to sedate the nervous system. It is often done in conjunction with acupuncture but can also be a stand-alone treatment. The cups, historically made of clay or bamboo, are now made of either glass, silicone, or plastic. A flame is used to heat the inside of the cup (no worries, the flame does not go on your skin) or rubber pumps are used to create suction. Cups are usually placed on the back but can be used for treatment on other places throughout the body such as the arms or thighs.

Cupping is used to release Qi and blood stasis from the meridians and surrounding tissue. If done properly, cupping can be an invigorating deep tissue massage and often the benefits last longer than a standard massage session. The technique is performed by creating suction with cups. Muscle tissue is then inverted and pulled upwards due to the suction. The cups can be placed stationary or can be glided throughout the treatment lasting 5-10 minutes. Once cupping is finished, there will be varying degree of color over the tissues ranging from pink red, to red, purple, and dark purple. The darker color indicates less oxygen flow within the tissue causing stagnation of blood. It can also represent old toxin build up in the body, including “old emotional stagnation”, as well as build up in the tissues from long term use of pharmaceuticals. Depending on the severity of the tissue, duration of discoloration can range from 3-10 days. Once the color has disappeared, the tissue can then be cupped again. You will notice a decrease in discoloration after multiple sessions, and this is a great thing as it represents an overall cleansing of your system, both physically and emotionally. Many of my patients report a sense of calm and serenity following a cupping session.

ARE THE CUPPING MARKS THE SAME AS BRUISING?
Bruising is caused by impact trauma, resulting in the breakage of capillaries and a reactionary rush of fluids to the damaged location. Correctly applied cupping does not compress the tissues.

The discoloration seen after a cupping session indicates the restoration of blood flow to the tissue that was previously experiencing sluggish blood circulation. It is a local build-up of your body’s waste products, such as dead, static blood, lymph, cellular debris, and toxins. And, as mentioned above, can also indicate emotional ‘stagnation’. 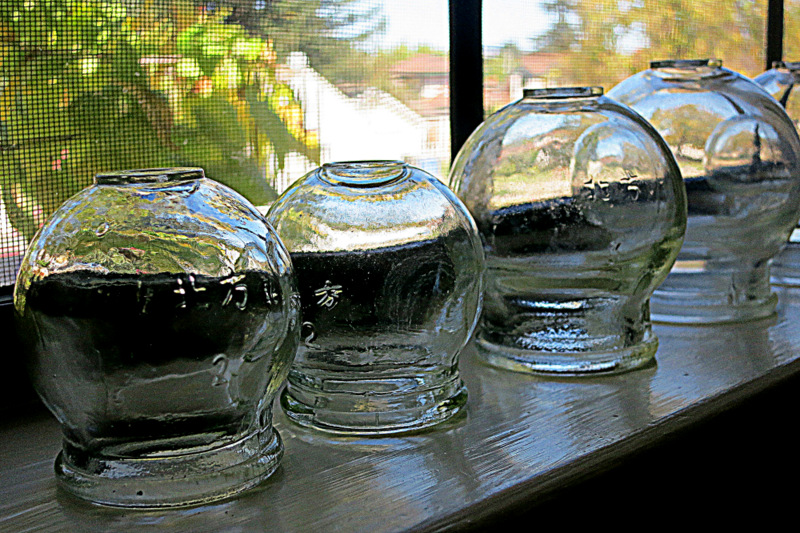